A lot of optimism related to the Israeli-Palestinian talks begins to wane. Before last elections USA tried corrupt Israel with offer, which content has different versions, for freezing settlement construction in West Bank and Jerusalem in return. The offer did not succeed thus, the U.S., Israel, Egypt and Saudi Arabia have quietly agreed about time-out and talks will resume in January, 2011.

The time is used first to replace earlier mediator George Mitchell, whom Obama fired, with next high level envoy or even with Mrs Clinton. Second, the time-out is necessary for Palestinians to continue reconciliation talks between Hamas and Fatah which began last month in Damascus under the Syrian aegis and which can lead an unite Hamas/Fatah delegation representing the Palestinian Authority in January 2011. Third informal negotiations between Hamas and Israel brokered by Germany may continue. 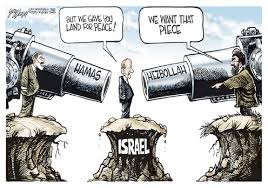 Current publications of new Wikileaks documents are giving some interesting details about cooperation in Middle East. Released documents are indicating that the Government of Israel had consulted with Egypt and Fatah prior to Operation Cast Lead, asking if they were willing to assume control of Gaza once Israel defeated Hamas. Describing is also an Israeli opinion about Palestinian Authority that “only Israeli military operations against Hamas in the West Bank prevent them from expanding control beyond Gaza, without which Fatah would fall.”

The two-state roadmap is expired 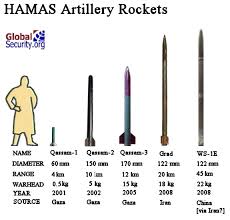 Obama’s plan on the table, according informal sources, is providing from base of of the old two-state solution only less than 5% of the West Bank to Israel. This would mean that tens of settlements and two towns should be evacuated, and this Israel hardly would be able to swallow. One should remember that from the 1967 borders it is less than ten kilometers of air travel to Ben Gurion airport and a mere twenty kilometers to Tel Aviv with a Qassam so for security reasons old borders can be seen too hazardous.

In the past swaps of land has be considered as part of a peace agreement and two-state solution. In theory a land colonized by Jewish settlements could be swapt for land that’s sparsely populated, like the Negev for example.

However there is a newer idea that Israel compensate the Palestinians with land occupied by Israeli Arabs. The Lieberman Plan, proposed May, 2004, also known in Israel as the “Populated-Area Exchange Plan”, was proposed by Avigdor Lieberman, the leader of the Israeli political party Yisrael Beiteinu. The Lieberman Plan only advocates ceding the Triangle Arab communities, the ethnic Druze community, which is pro-Israel, would also remain part of Israel. “Israeli Arabs will not lose anything by joining the Palestinian state. Instead of giving the Palestinians empty land in the Negev, we are offering them land full of residents, who will not have to leave their homes,” said Deputy Foreign Minister Daniel Ayalon in an interview to London-based al-Sharq al-Awsat newspaper published in early February.

Some 46% of the Israeli’s Arabs (622,400 people) live in predominantly-Arab communities in in Israel’s Northern District. According recent surveys among Israeli’s Arabs 83 percent of respondents opposed the idea of transferring their city to Palestinian jurisdiction. I believe that most Israeli Arabs object to trading Israeli citizenship for Palestinian citizenship. However the position would be entirely different if the West Bank was divided between Jordan and Israel – two sovereign countries already possessing a peace agreement that has proved its resilience for the last 12 years.

Are outsiders the obstacle for peace?

“Palestine is Jordan and Jordan is Palestine; there is one people and one land, with one history and one and the same fate.” (Prince Hassan, brother of King Hussein)

My solutions have for years been an agreed or forced population transfers (see, for example, “Gaza War – Could Balkan history show the Way Out?”) and replacement of two-state model with three-state solution (“The Three-State Option Could Solve Gaza conflict”). Immoral, contrary to speeches, etc I admit, however this pragmatic approach might work on the ground. In my opinion three-state solution could also make border changes easier e.g. implementing land swaps mentioned above.

Why, then, exploring these models is so difficult. I think U.S. Republican Senator Sam Brownback may have hit the nail on the head by stating

“…the obstacle to pursuing such a plan (3-state plan/AR) comes not from the Palestinians, the Egyptians or the Jordanians, but from our own foreign policy establishment, which has sunk enormous resources into the two-state plan and hesitates to walk away. But the cause of peace requires an honest assessment of what has worked and what has not. The time has come to cut our losses on a failed experiment and pursue regional solutions that will lead to peace and prosperity in a troubled region.”

From point of view of (Western) international community, the situation is somewhat similar to the previous Balkan wars and their solutions – billions of bucks (some 20 billion US Dollars over the last 15 years from international donors for West Bank and Gaza) and a lot of prestige has been squandered to hastily made early solutions and despite this

I hope that time-out will be used for replacing the dead roadmap with pragmatic alternatives which may be found at regional level and the role of outsiders should be reduced to facilitating the outcome whatever it will be. 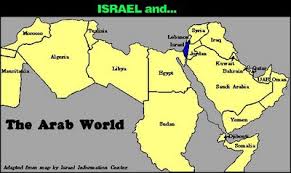 This entry was posted on Wednesday, December 1st, 2010 at 11:27 am and is filed under crisis management, Middle-East. You can follow any responses to this entry through the RSS 2.0 feed. Both comments and pings are currently closed.

One Response to Time-Out for Israeli-Palestinian talks