Related to Serbia’s EU association process nearly every progress report of European Commission highlights Serbia’s cooperation with Criminal Tribunal for the former Yugoslavia (ICTY). Although the country has demonstrated its commitment to moving closer to the EU by building up a track record in implementing the provisions of the Interim Agreement with the EU and by undertaking key reforms the fact that so far as indictees Ratko Mladić and Goran Hadžić are still at large it is hard to demonstrate full cooperation with ICTY. As ICTY cooperation is a key priority of the European Partnership this makes a formal cause to halt association process (and if fugitives will be deported to Hague then the next obstacle will be recognition of Kosovo). 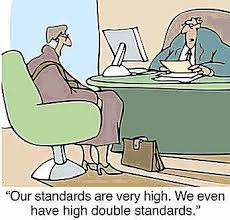 While EU speaks about standards or criteria during association talks so should some already members look occasionally mirror. Few news about older war crimes from last months popped to my eyes and raise a doubt in my mind about double-standards. Suspected hypocrisy does not limit to EU only but to U.S. and Nato as well. EU seems be unwilling to put their war crimes from recent history on the same line than other smaller players ones.

Following some older and newer cases for consideration.

USA/Serbia
Serbia has requested the extradition of an American citizen accused of committing genocide and other crimes as a Nazi officer during World War II. Mr. Peter Egner, 86 lives now in a retirement community outside of Seattle, Washington. Egner, a Yugoslavia native, is accused of joining in April 1941 the Nazi-controlled Security Police and Security Service in German-occupied Belgrade, a Nazi mobile killing unit that participated in the mass murder of more than 17,000 Serbian civilians during World War II. Egner came to the United States in 1960 and became a citizen six years later.

Egner has admitted volunteering to serve in the Security Police and Security Service as well as guarding prisoners as they were being transferred to concentration camps. He also admitted to serving as an interpreter during interrogations of political prisoners, which sometimes involved severe torture. Prisoners often were executed following their interrogations. Serbia’s war crimes prosecutor has said that he wants to try Egner in Serbia. (Source: Jpost )

The Simon Wiesenthal Center called on Germany to extradite Dutch former SS executioner Klaas Faber, in a statement released on Thursday. Center’s third Most-Wanted Nazi War Criminal, Klaas Faber, 88, received life sentence in Holland, before escaping to Germany in 1952. The Netherlands released recently an arrest warrant for Faber, 88. In September, Germany’s Justice Ministry said it is looking into the possibility of jailing Faber more than 60 years after his conviction. The Dutch government requested that Faber be extradited several times, so that he could serve his sentence, which had been commuted to life in prison.

Dr. Efraim Zuroff, the Wiesenthal Center’s chief Nazi-hunter said: “Germany’s failure hereto to put Faber on trial or return him to Holland are a travesty which must be corrected as quickly as possible, while justice can still be achieved.” (Source: Jpost/Wiesenthal Center calls for SS executioner’s extradition )

Still Hilfe, or Silent Aid, an organization which provides help for Third Reich fugitives of justice, is funding the defense of Klass Faber. Stille Hilfe is known for helping Nazi fugitives Klaus Barbie and Erich Priebke evade justice as well as facilitating the escape of Adolf Eichmann and Josef Mengele to South America. The German Social Democratic party has called for a probe into the organization’s charitable status, but thus far, Berlin has taken no action against Stille Hilfe. (Source: Jpost/Himmler’s daughter member of Nazi fugitive aid group)

A court in Germany says the world’s third most-wanted Nazi suspect has died before he could be brought to trial. Bonn’s state court said in a statement Monday that 89- year-old Samuel Kunz died November 18. Kunz was indicted on charges he was involved in the entire process of killing Jews at the Belzec death camp: from taking victims from trains to pushing them into gas chambers to throwing corpses into mass graves. The Simon Wiesenthal Center issued a statement in response to the news. where Efraim Zuroff, the center’s director in Israel, said it was “incredibly frustrating” that Kunz died before trial. “The fact that Samuel Kunz lived in Germany unprosecuted for so many decades is the result of a flawed prosecution policy which ignored virtually any Holocaust perpetrator who was not an officer. It was only the recent, long-awaited change in this policy which led to Kunz’s indictment and the opportunity to hold him accountable for his crimes. (Source JPost )

As time goes its harder to get old WWII fugitives to trial. However while individual persons are dying some executive organizations related to war crimes still are healthy – one of these is Vatican.

I have in my mind especially Vatican’s role in holocaust and preserving war criminals from justice. These issues are dealt in my earlier article “Jasenovac – Holocaust promoted by Vatican” but the crucial questions were following:

During WWII Croatia’s Ustashe leaders declared that they would slaughter a third of the Serb population in Croatia, deport a third and convert the remaining third from Orthodoxy to Roman Catholicism. 3rdbiggest extermination center – behind Auschwitz and Treblinka – created by Nazis was Jasenovac in Croatia. The death toll is estimated to be 300,000 to 700,000, some 80 % of them Serbs the rest Jews and Romas. While for Nazi-Germany Jasenovac was more a tool for ethnic cleansing for Ustashe religious aspect played crucial role. The religious motivation may be the explanation to the extreme brutality of butchers in Jasenovac. 743 Roman Catholic priests personally murdered Serbs, Jews and Gypsies. Jasenovacwas for a time, run by Fr. Filipovic-Majstorovic, a Catholic priest. The Jasenovac system of Croatian camps also included a camp for children run by Catholic nuns who used toxic soda to save bullets.

As the war ended, the Vatican Bank helped to and transfer funds Franciscans in Rome helped smuggle and launder the Ustasha Tresury, which was looted from victims of Jasenovac. The Vatican not only hoarded the gold the Croats looted, it also helped Ustasha war criminals in escaping justicein what is now nicknamed the “Vatican Ratline”.

Besides Vatican also Nato and U.S. has continuously escaped from justice or international court about its war crimes in Balkan wars – especially in case of Nato’s attack on Serbia 1999 – as well its activities in Iraq, Afghanistan and other clandestine operations around the world. Bombing civilian targets, using cluster and DU (depleted uranium) bombs can be seen as war crimes or at least violations of international law and the Geneva Conventions in particular. (More e.g. in ”10th anniversary of Nato’s attack on Serbia” ). Nato planes destroyed 4 % of its military targets during bombing – partly because for avoiding own casualties they launched missiles so high that could not make difference between wooden decoys and real weapons. Instead of military targets the main damage was made against civilian targets such as destroying an embassy (China), a prison (Istok), three column of Albanian refugees (81 dead March 13th and 75 April 14th), radio-tv station (Belgrade, 16 civilians dead), a passenger train (Grdelica bridge, 14 dead), also a number of infrastructure, commercial buildings, schools, health institutions, cultural monuments were damaged or destroyed. Some 2.500 people (mostly civilians) were dead, material civil infrastructure damage is estimated to be some 30 billion dollars.

Serbia has tried to put Nato already to International Court for war crimes during bombing 1999. And of course without success since big or important enough players don’t give a s…t about Hague and like U.S have already sealed an impunity with bilateral agreements in mission regions. More about these Nato’s war crimes during its attack on Serbia e.g. here.

If EU would like to act in line with its high-flown ideals it should stand straight-backed behind international court principles so that no country could be immune its rulings. And if some countries like U.S. look themselves to be above international law appropriate measures – such as sanctions – should be taken against it. And this probably is total utopia. Despite this one should not forget old war crimes especially when neo-Nazism and xenophobia gains ground even among today’s EU (e.g. Hungary) members as well candidate (e.g. Croatia) countries.

I don’t put very much weight to ICTY rulings but however from my point of view the procedure itself brings more facts about events on the table, especially when both the prosecutor and defence have made their case. At best this can make easier to bring justice also to lower level.

Some other aspects about war crimes can be found from my articles: 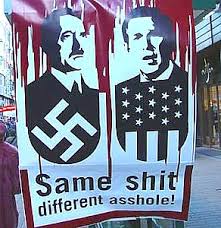 This entry was posted on Wednesday, December 29th, 2010 at 11:01 pm and is filed under BalkanBlog, Balkans, EU. You can follow any responses to this entry through the RSS 2.0 feed. Both comments and pings are currently closed.