Immediately after the terror attack in Norway the finger of blame was at radical Islam and Al Qaeda. The first scenario was that grassroots Islamist militants based in Norway are behind these events. The causes could be for example Norway’s Nato activities in Afghanistan or Libya, Muhammed cartoons, racistical discrimination of immigrants etc. Now, when the extent of the massacre is clear and when the murderer is arrested, one may notice that the correct address can be found in the extreme right wing – the “white power” circles.

The murderer is neither a Muslim nor a member of al-Qaeda but a member of the Norwegian middle class, a religious, Christian fundamentalist with a record of right-wing activism. He was an active member of the racist Fremskrittspartiet, and has been writing against socialism and expressed extremist Islamophobic views on forums criticising also immigration policies and admiring the US Tea Party and the English Defence League.

How organized, widespread, or organized political activity behind attack is remains to see. Sure, the act can have been implemented by individual psycho-/socio path, but fundamental religious right-wing breeding ground anyway exists. Boaz Bismuth inYisrael Hayom has a good point by suggesting that the focus on Islamic terrorism may have led Europe’s intelligence and law enforcement agencies to ignore the threat posed by home-grown neo-Nazis and right-wing extremists. At the beginning of the year. the Norwegian intelligence service wrote that the extreme Right – like the extreme Left – would not constitute a tangible threat to Norwegian society in the near future.

The massacre began with a bomb blast that killed seven people in administrative quarter middle of Oslo . A couple of hours later the same terrorist started shooting on the island of Utøya, 50 miles north of the capital, where hundreds of young people had a summer school of the Labour Youth (AUF) and were waiting the speech of The Labour Norwegian PM Jan Stoltenberg. Nearly 90 was AUF members were killed before police arrested the murderer.

Far-right has for years been gaining significant support in the Nordic countries, in the Netherlands, Belgium and Central/Eastern Europe, Russia and in some Balkan countries. The answer to this phenomenon has been either marginalizing, isolation of the movements outside “normal” political activities and / or absorb the problems and views raised by the right-wing into the traditional political parties. E.g. many center-right politicians have begun raising anti-immigrant policy issues in order to secure popularity and distract from the ongoing economic austerity measures brought about by the European economic crisis. I think both methods are questionable. Isolation can further increase the power of extreme right-wing activism, adopting right-wing values may distance political spectre from “old” democratic and tolerant values. So the tactical win may later turn out to be Pyrric victory for the society. 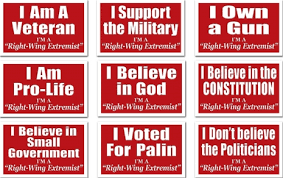 In U.S. the Oklahoma bomb was a bit similar act than Norway’s bomb in the administrative center. After Oklahoma religious right-wing fundamentalists have been able only to small-scale attacks against abortion clinics or Liberal/Democratic persons. Could the reason be that among the U.S. far-right circles there is feeling that they are able to influence e.g. via popular Tea Party movement without further violence?

Personally I think that one essential underlying cause for the violent outbursts, such as now in Norway, is the more or less imaginary powerlessness of individual or group to have influence to society around them. Half a century ago, the left-wing extremist groups in Germany and Italy saw the terrorist attacks to be the only way to beat the state-terror and to make revolution. Since then the revolutionary circles re-analysed situation and concluded that a non-violent political activity is more acceptable and efficient way. Today among radical Islam terrorist acts still enjoy popularity as an acceptable strategy.

My assessment to get the situation in hand

“For all dead comrades, not a minute’s silence, but a life of struggle” (Olav Magnus Linge/The Socialist Youth)

From my point of view at international and national levels the best policy would be to take a firm stand against any fundamentalist, religious or neo-nazi movement which is aiming to limit general human and political rights or civil liberties of other individuals or groups. The available data should be analysed (for example, by drawing up a SWOTs at international/national levels), alternative development paths should be screened out, conflicting interests (for example economic interests vs civil liberties, security vs freedom of expression …) should be identified and generally approved vision should be put for implementation.

Extremism, xenophobia and racism can only slightly be limited by state- or top-level actions, besides this approach would lead towards controlled security based police-state with limited civil liberties. More effective and only sustainable way in my opinion is concentrating to grass roots. In general subsidiarity principle should finally began implemented. When people directly can debate about topics related their every day life, when local democracy and citizen participation channels are developed from pseudo-democracy to decisive power then people don’t have feeling that their needs and thoughts are ignored.

Today for many people states, the EU, political parties, civil service elite, and even city management may appear inaccessible, anonymous organizations; to correct situation the principle of subsidiarity in decision-making should be the central value and practice. Internet Forums and social media are not enough as there can more than dialogue get only support their own prejudices from like-minded people. From my point of view “face to face” debates can really via dialogue have influence over attitudes, also hate speech is not so easy to live person than to pc-screen. If debate will develop from a debate into a dialogue the outcome is even better.

Promoting a culture of coexistence, a multi-ethnic society or at least ethnic tolerance is not an easy task, not even in Europe. Grass roots jihadist groups are already assumed to exist across Europe, and this assumption — along with previous attacks — has bolstered far-right political parties’ popularity across the Continent. In my opinion tensions rising from multiculturalism in otherwise stable, democratic and peaceful societies could be copied by applying modern peace building methods at grass root level. In my article Peacemaking – How about solving Conflicts too? I described some of related principles as follows:

Epilogue: Dialogue is the key question to prevent this happen never again

This entry was posted on Sunday, July 24th, 2011 at 11:42 am and is filed under crisis management. You can follow any responses to this entry through the RSS 2.0 feed. Both comments and pings are currently closed.