While the Israeli-Palestinian peace process got new boost forward at the turn of the year in cabinets I spend a week at the seashore in Eilat, a popular (about 2.5 million tourists per year) Israeli destination for domestic and international tourism. I have some doubts about positive outcome of peace talks but not a bit about goal-directed development of tourism in Israel. Here some of my impressions in relation to my previous visit a couple of years ago.

Eilat is modern small town at north end of Red Sea on the Gulf of Eilat/Aqaba and part of the Southern Negev Desert. It has also a remarkable history as background. Eilat is first mentioned in the Hebrew Bible in the Book of Exodus, as stations 7 and 9th–13th are in and around Eilat, after the exodus led by Moses from Egypt and crossing the Red Sea. Timna Valley Park is notable for its prehistoric rock carvings, some of the oldest copper mines in the world, and prehistoric tombs dating to the 7th millennium BC at the western edge of Eilat. King David (reign over the United Kingdom of Israel ca 1002–970 BC) conquered Eilat, the border city and King Solomon (reign ca 970 to 931 BC) is described as creating the port of Eilat (then Ezion-Geber)

International charter flights are still some few years landing to Ovda military base. From there it takes less than a hour to drive to Eilat via Egypt-Israel border road – Highway 12. Compared to my previous visit significant changes had taken place. An old rusty low and broken fence was still on the border but totally new modern fence with with surveillance equipment was now ready. It was said to include cameras, radar and motion detectors. Also there was much more military presence observing border than before. Two reasons for this improved border security: Arab Spring chaos and illegal migrants.

The Egypt-Israel peace accord stipulates that the Sinai Peninsula remain a demilitarized zone, however ”Arab Spring made a difference while members of al-Qaeda and other groups affiliated with Global Jihad exploited the security vacuum in Sinai. Terror groups not only blew up the gas pipeline to Israel and Jordan but also of attacked police patrols. A string of terrorist attacks took place near the Israeli-Egyptian border near of the Netafim crossing, about 20 km north of Eilat on Aug. 18, 2011. The attack left 8 Israeli citizen dead, 5 Egyptian police- and army officer died as well 10 of attackers. Assailants crossing in from Sinai used automatic and anti-tank weapons, mortars and roadside bombs for separate attacks on two buses, two civilian cars and a military vehicle on Highway 12. More about this I wrote in my article Sinai Emerged as New Front in Israeli-Palestinian Conflict.

The new fence was originally planned in response to high levels of illegal migrants who successfully entered Israel across the border, mainly from Eritrea, Ethiopia and Sudan. The total number of such individuals – predominantly economic migrants. – who entered Israel since 2006 is estimated at more than 64,000. Israel – whose population is 8 million. Israel tries to balance the need to control its borders with the need to protect the human rights of those who enter. Due to its adherence to International law, Israel granted protection to about 60,000 people without the need to prove prima facie that they have an individual claim to stay in Israel. Those individuals amount to about 95% of all individuals that entered Israel illegally through its southern border. (Source: ‏MFA Spokesperson press release: On the illegal migrants issue, 6th Jan 2014)

After this increased insurgent movement across the southern border and due the increased activities of terrorist groups in 2011, Israel upgraded the steel barrier project. In January 2013, construction of the 230 km barrier was completed in its main section. The project was set to cost  one bn shekels (£170m, $270m).

The new airport gives a boost for urban development 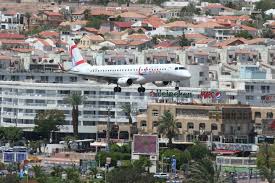 Sure the new airport is needed for expanding tourism but I found the old Eilat city airport an experience itself while I earlier by domestic flight were landing to that tiny runway from Red Sea just over seashore rooftops. This city airport has also interesting background as in the 1994 Peace Agreement between Israel and Jordan it was decided that operations were supposed to be transferred from Eilat Airport to Aqaba Airport. The agreement was never followed, however, and an agreement between the two countries in March 1997, stipulated that domestic flights would continue to use Eilat Airport, whilst no further action to move international flights took place. In August 2005, a Katyusha rocket fired from Jordan landed near a taxi traveling just 15 yards (14 m) from the airport perimeter fence. On August 8, 2013, the Israeli Military instructed the airport to cancel all landings and departures after a security assessment but now it operated as usual.

The Eilat city airport is in the middle of town separating residential and old commercial centre from hotel zone. When airport will be closed it will make possible to connect these two areas. According urban plans modifying the airport area purpose and making it a main urban center and hotel zone, stretched around the lagoon, where tourism and residence would co-exist. 2,080 hotel rooms and 1,000 apartments will be built on the site of the Eilat Airport, after it is vacated. The hotel, recreation, and residential plan will also include 275-dunam (63.75-acres) of open public space and pedestrian paths. It also sets aside land for the railway line and an underground train station next to the Eilat Municipality center and central bus station. The plan aims to create an urban continuum between the Eilat town center and the North Beach tourism area and promenade.

In Eilat itself some new tourist attractions were completed. Personally most interesting for me was new adventure park near Camel Ranch, people from different ages and skills can enjoy its challenges at three different levels the only limitation seems to be that maximum only some 150 adventurer can be same time on course. The other interesting new construction was Ice Park Eilat including Olympic sized skating rink, real Igloo, snow slide for kids, gallery, multi-dimensional movie theater, shopping mall and restaurants. As Finn I view it a bit jaundiced eye as the Ice Park has wooden cupola of 105 meters in diameter, which is the largest construction made of wood in the Middle East, and one of the largest worldwide. And in desert region where trees are rare while Finns are living middle of forests and are building their bigger constructions from concrete elements. At second stage it’s also planned to add to the Ice Park compound an ethnic styled hotel with 250 suites and as well as a synthetic ski resort to be built on the roof of the hotel.

In July 2012, Israel signed an agreement with China to cooperate in building the high-speed railway to Eilat, a railway line which will serve both passenger and freight trains. It will link Eilat with Beersheba and Tel Aviv, and will run through the Arava Valley. In addition there are plans to move the Port of Eilat and the Eilat-Ashkelon pipeline terminal to the northern part of the city, as well as to turn it into a university town of science and research, and brand it an international sports city. All these projects are part of a plan to turn Eilat into a metropolitan area of 150,000 people (now some 50 000) and 35,000 hotel rooms. Eilat’s population includes a large number of foreign workers, estimated at over 10,000 working as caregivers, hotel workers and in the construction trades.

The same boost of tourism is not only in Eilat but nationwide. According to the Central Bureau of Statistics, 3.5 million visitors entered Israel in 2013 and had 22.5 million nights; 3% increase. Leading source countries for incoming were USA, Russia, France, Germany and UK. Tourism’s contribution to the economy in 2013 was NIS 40 billion(nearly 10 milliard USD) and number of direct employees in tourism was 100,000 and double with indirect employees. Tourism Minister Dr. Uzi Landau concluded well saying

“The year 2013 is a record year for tourism and we are proud of that. Despite Operation Pillar of Defense and the security situation in the region, tourists voted with their feet.”(Source:Tourism Statistics for 2013 – a record year for incoming tourism, GPO/Tourism Ministry)

This entry was posted on Monday, January 13th, 2014 at 10:15 pm and is filed under BalkanBlog, Middle-East. You can follow any responses to this entry through the RSS 2.0 feed. Both comments and pings are currently closed.