“The steadfast support of the people of Russia for India has been there even at difficult moments in our history. It has been a pillar of strength for India’s development, security and international relations. India, too, has always stood with Russia through its own challenges. The character of global politics and international relations is changing. However, the importance of this relationship and its unique place in India’s foreign policy will not change. In many ways, its significance to both countries will grow further in the future.”

Russia and India made 20 deals in 24 hours (on 11th Dec. 2014) given $100 billion-worth boost to their economies. The economic burden of Western sanctions has pushed Russia to the east in search of business opportunities. During President Vladimir Putin’s visit to India in the presence of he and Indian Prime Minister Narendra Modi 20 pacts were signed and the two sides ended with US$100 billion commercial contracts. (Source RT )

Rich pickings by both sides included deals worth $40 billion in nuclear energy, $50 billion in crude oil and gas and $10 billion in a host of other sectors, including defense, fertilizers, space, and diamonds. Moscow is seeking greater investment from Indian state-run companies in Russian oil and gas projects, including ones being explored in the Arctic.

Putin’s just-ended India trip constitutes a major foreign policy success for the Russian President as he has successfully teamed up with China and India, Asia’s number one and third economies respectively. Some highlights of the Indo-Russia deals:

The first major political initiative, since the collapse of the Soviet Union, between India and Russia began with the Strategic Partnership signed between the two countries in 2000. Traditionally, the Indo-Russian strategic partnership has been built on five major components: politics, defence, civil nuclear energy, anti-terrorism co-operation and space. However, in recent years a sixth component, economic, has grown in importance with both countries setting a target for US$20 billion in bilateral trade by 2015. The Indo-Russian Inter-Governmental Commission (IRIGC), which is one of the largest and comprehensive governmental mechanisms that India has had with any country internationally. 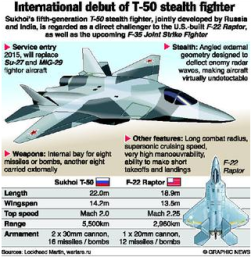 According The Hindu U.S. is upset at India-Russia deals. A day after Russian President Putin’s visit, the United States criticised India for the agreements signed between New Delhi and Moscow. Responding to a question on the 20 agreements signed, including one on the Rupee-Rouble trade, State department spokesperson Jen Psaki said, “Our view remains that it’s not time– for business as usual with Russia. But beyond that, we’d have to take a closer look at what these agreements entail.”

The U.S. and Ukraine have also expressed unhappiness that President Putin was accompanied by the Crimean Premier Sergey Aksyonov. Mr. Aksyonov is on the sanctions list of the U.S., Canada and European Union for his role in the accession of the former Ukrainian region to Russia in March this year. Mr. Aksyonov initialled a “partnership agreement” between Crimean and Indian businesses, particularly in the area of meat exports. The meeting with the Crimean Prime Minister followed Russia’s decision to allow the import of Indian buffalo meat last week. While the U.S. state department said it was “troubled” by his presence in New Delhi, Ukranian President Petro Poroshenko accused India of putting “money” ahead of “values” and “civilisation”.

The wider picture – besides new Indo-Russian cooperation – includes the Sino-Russian cooperation, the BRICS (Brazil, Russia, India, China, and South Africa), The Shanghai Cooperation Organization (SCO), the Eurasian Economic Union EEU, the energy war and other bilateral operations. Faced with an increasingly hostile West, Russia is visibly turning East. In particular, China and Russia have become closer, signing a historic gas deal, conducting joint naval exercises, and increasing trade. Russia and China are determined to reduce U.S. and NATO presence in Central Asia to what it was before the 2001 invasion of Afghanistan. The SCO has consistently rebuffed U.S. requests for observer status, and has pressured countries in the region to end U.S. basing rights. At present, the SCO has started to counterbalance NATO’s role in Asia.

The BRICS met 2013 in Durban, South Africa, to, among other steps, create their own credit rating agency, sidelining the “biased agendas” of the Moody’s/Standard & Poor’s variety. They endorsed plans to create a joint foreign exchange reserves pool. Initially it will include US$100 billion. It’s called a self-managed contingent reserve arrangement (CRA). During the July (2014) BRICS Summit in Brazil the five members agreed to directly confront the West’s institutional economic dominance. The BRICS agreed to establish the New Development Bank (NDB) based in Shanghai , pushed especially by India and Brazil, a concrete alternative to the Western-dominated World Bank and the Bretton Woods system.

So in near future BRICS will be trading in their own currencies, including a globally convertible yuan, further away from the US dollar and the petrodollar. All these actions are strengthening financial stability of BRICS – a some kind of safety net precaution, an extra line of defense.

Less than a month after the BRICS’ declaration of independence from the current strictures of world finance, the SCO—which includes China, Russia, Kazakhstan, Kyrgyzstan, Tajikistan, and Uzbekistan—approved India, Pakistan, Iran, and Mongolia for membership in the organization. Also SCO has received applications for the status of observers from Armenia, Azerbaijan, Bangladesh, Belarus, Nepal and Sri Lanka.

China and Turkey are now followed by Indo-Russian cooperation. Russia’s President Vladimir Putin held talks with India’s new prime minister Narendra Modi as sanctions-hit Moscow seeks to strengthen energy, defence and strategic ties in Asia. India opposes joining Western sanctions against Russia, and is likely to disregard a caution from Washington that now is not the right time to do business with Moscow.

Most importantly, the just-concluded 15th India-Russia annual summit has laid out a specific decadal roadmap for bringing about a complete transformation in the Indo-Russian bilateral ties and taking them to a much higher trajectory than ever before.

The latest developments in Russia’s strategic shift to East and now to India are in my opinion a strong symptom that alternative poles of power are emerging that soon may present a serious challenge to the U.S.-dominated world that emerged from the end of the Cold War. In my conclusion the era when the IMF, World Bank, and U.S. Treasury could essentially dictate international finances and intimidate or crush opponents with sanctions, pressure and threads are drawing to a close.

The great Eurasian axis between China and Russia boosted by ongoing Western sanctions due Ukraine is already in good motion. The deal done with China and the deal just done with Turkey redirect to these two countries gas that had previously been earmarked for Europe. (More in Is South Stream Pipeline Transforming Itself To “Turk Stream”? ) These deals show that Russia had made a strategic decision this year to redirect its energy flow away from Europe. The Russian response to ongoing Western sanctions has been launching a counter-strategy including the formation of a potential non-dollar trading bloc among major players such as China, Iran, Turkey, India) in the global energy markets. (More about issue in ¥uan and Waterloo of Petro$ ; see also some geostrategic background in my slideshow Some Geostrategic Aspects in Russia vs. U.S. Relationship )

This entry was posted on Wednesday, December 17th, 2014 at 11:00 pm and is filed under Russia. You can follow any responses to this entry through the RSS 2.0 feed. Both comments and pings are currently closed.