After 18 months of negotiating, Iran has come to a preliminary agreement – on 2nd Apr. 2015 – with China, Russia, France, UK, US and Germany (P5+1) on Tehran’s nuclear program. Niw the framework agreement is made but the negotiations for a final deal will continue through June 30th 2015.

In brief according the Iran nuke deal Iran’s stockpile and enrichment capacity will be limited and all nuclear-specific financial and economic sanctions against Iran will end. Officially Israel is against the agreement but there is also other opinions existing. 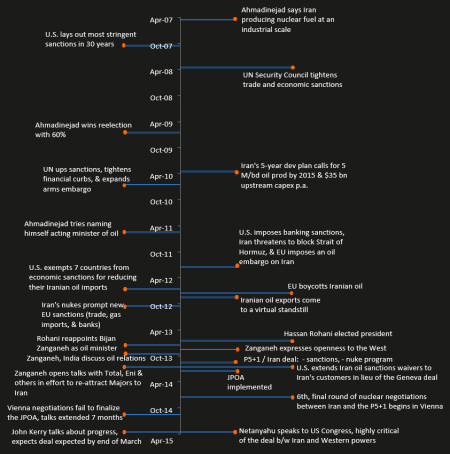 Here are the specifics of the preliminary deal:

Israel opposes the terms of the framework agreement, because it allows Iran to retain some infrastructure that could be used for producing nuclear arms if Iran chooses to violate the framework’s terms. In recent months, this issue has clouded U.S.-Israel relations. Israel will not accept an agreement that allows Iran to develop nuclear weapons, and it demands Iran recognize Israel’s right to exist, Israeli Prime Minister Benjamin Netanyahu said. “Israel will not accept an agreement which allows a country that vows to annihilate us to develop nuclear weapons, period,” Netanyahu said in what could be interpreted as a threat to act against Iran. (Source: VirtualJerusalem )

In Israel there is also other opinions about the Iran nuke deal. Ron Ben-Yishai, the senior military analyst for Israel’s most mainstream newspaper, Yedioth Aharonot, penned a column early Friday morning in which he said the deal was better than expected. Urging caution going forward, Ben-Yishai said that if the current framework reflects the final agreement, “even Israel could learn to live with it.” “We could not have achieved a better outcome even if Israel, the United States, and other countries had carried out military strikes on the nuclear sites in Iran,” Ben-Yishai.

Haaretz diplomatic correspondent Barak Ravid wrote that Israel will have a hard time fighting the agreement, the comprehensiveness of which caught many in Jerusalem by surprise. “In contrast to the messages conveyed in Prime Minister Benjamin Netanyahu’s speech at Congress, the Israeli government’s public position over the last two years and the Pavlovian response that came out of Jerusalem on Thursday night, the framework agreement is not a bad deal at all,” Ravid wrote.

There is Jews in Iran too

“We recognize our Jews as separate from those godless, bloodsucking Zionists.” (Ayatollah Khomeini )

The beginnings of Jewish history in Iran date back to late biblical times. Persian Jews have lived in the territories of today’s Iran for over 2,700 years, since the first Jewish diaspora when the Assyrian king Shalmaneser V conquered the (Northern) Kingdom of Israel (722 BC) and sent the Israelites (the Ten Lost Tribes) into captivity at Khorasan. In 586 BC, the Babylonians expelled large populations of Jews from Judea to the Babylonian captivity. Jews who migrated to ancient Persia mostly lived in their own communities. The Persian Jewish communities include the ancient (and until the mid-20th century still-extant) communities of Iran.

At the time of the establishment of the State of Israel in 1948, there were approximately 140,000–150,000 Jews living in Iran, the historical center of Persian Jewry. About 95% have since migrated, with the immigration accelerating after the 1979 Islamic Revolution, when the population dropped from 100,000 to about 40,000. Today the figure is some 8.000-25.000. There might be discrimination of Jews in Iran but on the other hand Jews in Iran are formally to be treated equally and free to practice their religion.

Iran’s Jewish community is officially recognized as a religious minority group by the government, and there is even a seat in the Iranian parliament reserved for the representative of the Iranian Jews. Maurice Motamed, a former Jewish Iranian parliamentarian states that in recent years, the Iranian government has allowed Jewish Iranians to visit their family members in Israel and that the government has also allowed those Iranians living in Israel to return to Iran for a visit. Today Tehran has 11 functioning synagogues, many of them with Hebrew schools; it has two kosher restaurants, an old-age home and a cemetery (Source and more e.g. Wiki )

If the latest Iran nuke deal will realize and even implemented I think it will be a win-win solution for most of stakeholders with the possible exception of Saudi Arabia. This said especially when asked what is the alternative? From my perspective all alternatives – war, air-strike to facilities or more sanctions – are worse. Iran has spread its nuclear facilities across the country and underground so airstrikes probably don’t delay Iran’s nuclear programme more than planned deal. To Iran agreement lets continue its research and gives it the benefits of nuclear energy as well the benefits of nuclear medical research and gives good change to develop Iran’s economy with wider international cooperation. 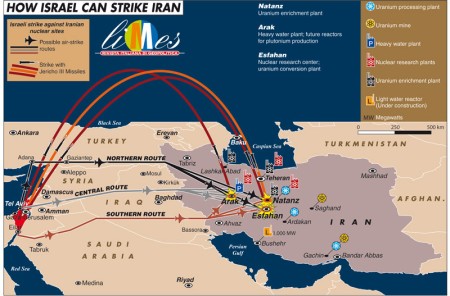 Here is a link to the text of the agreement that was presented by the EU.

Here is the text published by the White House. There is different interpretation between these versions.

As was pointed by Iran’s foreign minister.

Here the larger background and details on Wikipedia.

Iran’s nuclear program at the crossroads

This entry was posted on Saturday, April 4th, 2015 at 12:06 am and is filed under Conflicts, Iran. You can follow any responses to this entry through the RSS 2.0 feed. Both comments and pings are currently closed.

One Response to Iran Nuke Deal And Israel