What’s Going On In Gaza (And Mideast Peace)

“They [Hamas] claim that they protect those people, but by Allah, they have nothing to do with our Muslim people in Palestine.” (ISIS video after beheading Palestinians in Yarmouk)

Earlier in my article Gaza State Under Construction, West Bank Remains Bystander I described how official representatives of the Israeli government and defense establishment have been holding a real dialogue with the Islamic terrorist group – Hamas – in a bid to reach a long-term calm on the Gaza border. This possible deal between Hamas and Israel has a risk that internal disagreements between Hamas’ political and military wings could endanger it. Ezzedeen Al-Qassam Brigades might take advantage of instability within the Hamas to carry out attacks on the border with Israel without getting a green light from Hamas’ political leaders. 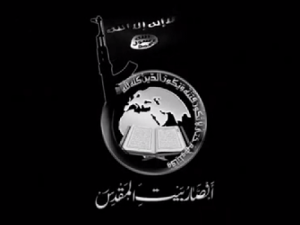 Struggle inside Hamas is not the only battlefield in Gaza. A group calling itself Supporters of the Islamic State in Jerusalem has continued to challenge the Gaza-ruling Palestinian entity Hamas. Now during last weeks there has been increasing tensions between Hamas and sc Islamic State (IS). After Isis beheaded several Palestinians, including a senior Hamas official, inside the Yarmouk refugee camp in Syria in April 2015, the Palestinian Intelligence agency, Palestinian Authority and Hamas, swore that it would avenge the killing of their personnel. Since then Hamas has arrested several prominent Islamic State preachers from Gaza. According to Isis sources on social media, Hamas has arrested at least 40 “Salafi Mujahideen”.

According Foreign Policy Hamas implemented demolishing a Salafist mosque in Deir el-Balah took place on Sunday [3rd May 2025]. The mosque had been frequented by supporters of the salafi jihadi group, which is called Ansar al-Dawleh al-Islamiyeh (Supporters of the Islamic State ). Hamas did not comment on the charges. However, sources close to Hamas denied the charges, saying the structure that was bulldozed was not a mosque but an office that served as a meeting place for the jihadists. Seven men, including a local Salafist Sheikh Yasser Abu Houli, were arrested during the demolition of Mosque Almtahabin.

In its statement, Isis said that it would kill Hamas personnel one by one as it knows the names and addresses of all the officers working for the Palestinian Intelligence agency. Isis in Gaza also alleged that Hamas was working for the Israeli forces. Isis gave Hamas 72 hours to release Salafist Sheikh. ” If Hamas doesn’t release a detained Salafist sheikh, IS threat of “dire consequences.

After thread a bomb blast targeted Hamas’ security headquarters in Gaza City Monday [4th May 2015] and the blast did damage to one of the militant group’s security walls. The bomb did not result in any casualties in the northwestern Gaza Hamas headquarters. Hamas has deployed masked militants throughout the fundamentalist neighborhoods in central and south Gaza, hoping to dissuade rival jihadis from conducting any further attacks. A spokesman for Hamas told the AP that “slight violations take place from time to time and the security services follow them.”

According to the Palestinian Center for Policy and Survey Research, the majority of Palestinians in the West Bank and Gaza Strip reject IS – 86% of which say the terrorist organization “does not represent true Islam.” (Source: JPost ) 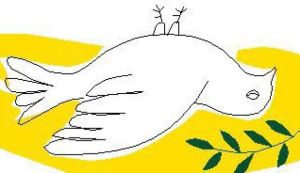 Israeli-Palestinian peace negotiations stopped as [on 23rd April 2014] Fatah and Hamas announced a new reconciliation agreement which would see a unity government formed within five weeks, ahead of a presidential and parliamentary election within six months. Palestinian Authority President Mahmoud Abbas said the reconciliation deal did not contradict their commitment to peace with Israel on the basis of a two-state solution. Israel disagreed.

However in the midst of negotiations to resolve the 2014 Israel–Gaza conflict, the Shin Bet revealed an alleged plot by Hamas to depose Fatah rule in the West Bank. This would be achieved by deploying Hamas cells around the West Bank to incite a third intifada and overwhelm Palestinian Authority forces. More than 90 people were arrested. President Abbas said the plot was “a grave threat to the unity of the Palestinian people and its future.” After this the PA has taken a series of unilateral steps to achieve statehood without moving towards peace with Israel, including a failed bid for UN recognition and a successful attempt to accede to the International Criminal Court. 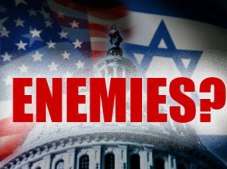 According United with Israel Prime Minister Benjamin Netanyahu turned down a proposed visit from US Secretary of State John Kerry following the Israeli elections, saying it would be better to visit after a government coalition is formed. The purpose of the visit may have been to revive the moribund Israeli-Palestinian peace process, pundits say. The report came from Israel’s Channel 2 news station. Correspondent Udi Segal suggested that Kerry was seeking reassurances that Israel was willing to move forward on negotiations with the Palestinian Authority. During his campaign, Netanyahu said that there would be no Palestinian state created on his watch. He later clarified that he meant that current conditions were not right for the creation of a Palestinian state.

The Israeli leader’s opposition to focusing at this time on negotiations with the Palestinians, together with strong disagreements between Jerusalem and US President Barack Obama over the Iranian nuclear issue, led the White House to publicly excoriate Netanyahu. Obama said that the US “needs to rethink our approach” towards relations with Israel. US Ambassador to the UN Samantha Power clarified that this could include putting forward anti-Israel resolutions at the UN Security Council. On the Iranian issue, Obama will not meet with Netanyahu in person until a final nuclear agreement is reached, and Kerry dismissed Israeli concerns about the deal as “hysteria.”

There have also been intimations that the Obama administration interfered in the Israeli elections. The US Senate is currently investigating whether the State Department provided funding to the Victory 15 campaign, whose sole goal was to unseat Netanyahu. 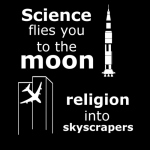 This entry was posted on Wednesday, May 6th, 2015 at 1:32 pm and is filed under Conflicts, Middle-East. You can follow any responses to this entry through the RSS 2.0 feed. Both comments and pings are currently closed.