Serbia Towards EU – Why?

Ana Brnabic, Serbia’s prime minister designate, says her future government’s goal is membership in the EU along with modernization of the troubled Balkan country. Brnabic told Serbian lawmakers on Wednesday [28th Jun.2017] that the government will lead a “balanced” foreign policy, seeking good relations with Russia, China and the US. Serbia’s parliament is expected to vote her government into office later this week.

Yesterday I gave an interview to Sputnik UK radionews about this Serbia topic and here are my core comments:

To join EU is a long process. There is over 30 chapters to negotiate and some 80 000 pages EU regulations should be applied Serbia’s legislation. However I think that it is good idea to continue EU process but not only to fill EU’s needs but especially Serbia’s internal needs for example how EU could help Serbia’s modernization activities. 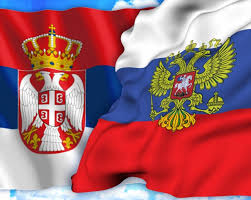 Balanced foreign policy from my perspective is an ambivalent expression – it can be only short term goal while EU membership is long term aim/utopia. Even during membership process there might be needs to take [biased] positions. And if one is EU memberstate so you are EU’s side. For example Greece, Hungary and Finland have traditionel good relations with Russia but all are implementing sanctionpolicy against Russia probably due common pressure from EU. So in my opinion Serbia’s balanced foreign policy does not live long during membership process.

According to a poll carried out by the Serbian European Integration Office at the end of last year, only 47% were in favour of EU membership, how much public appetite is there for joining the EU?

In my opinion this apetite will go more down in future. People might think that ok, we recognize Kosovo, door to EU opens and there will be free trade and movement etc soon. As I mentioned chapters and regulations so that’s heavy and long job which can take decade(s). Many Serbs might start think if joining to EU is worth of time, money and bureaucrazy it demands. Besides there is also other alternatives like for example ”third way”.

In my opinion the main benefits of EU membership can be achieved without being EU member. With ”third way” I mean

So my recommendation in short: Serbia should join EU economically but not politically.

This entry was posted on Thursday, June 29th, 2017 at 11:26 pm and is filed under Balkans, Conflicts. You can follow any responses to this entry through the RSS 2.0 feed. Both comments and pings are currently closed.