‘I wish to separate from as many Palestinians as possible, as quickly as possible.’ (Isaac Herzog ) 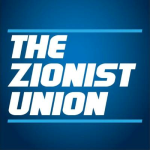 On January 2016, at the annual Institute for National Security Studies (INSS) conference in Tel Aviv, the leader of Israel’s opposition and head of the Zionist Union party [a centre-left political alliance in Israel, established in December 2014 by the Israeli Labor Party and Hatnuah], Isaac Herzog, unveiled an alternative approach to the issue of Israel’s nearly 49-year old presence in the West Bank, Gaza and East Jerusalem.

The main points of Herzog’s plan, as reported in the Israeli media, are these:

The opposition leader noted that he had warned Prime Minister Benjamin Netanyahu as well as Palestinian President Mahmoud Abbas that a third intifada was imminent.

“I did not find Netanyahu to be a partner to my demands, nor was Abbas a partner. This is how we got to the state of insecurity in which Israel’s residents now find themselves. Both leaders don’t have the leadership skills, the power or courage to make painful compromises…. It’s a mirror image of two leaders on either side of a barrier, two frightened and panicking leaders who only want to remain in power, two leaders who are paralyzed by fear.”

Politically, the idea “us here, them there” harkens back to Yitzhak Rabin, who used that as a campaign slogan in 1992. Later former Prime Minister Ehud Olmert proposed a similar unilateral separation in the West Bank. Herzog’s plan seems likely to garner support among the centrist, center-left and even parts of the center-right Israeli voter base. However there is also opposing voices in Labor party. According The Jerusalem Post Labor’s secretary-general, MK Hilik Bar, issued surprisingly fierce criticism of his party head, Isaac Herzog, in an audio tape revealed Tuesday evening [26th Jan 2016] by Channel 2. Bar condemns Herzog for telling French President Francois Hollande last week that attempts to broker a two-state solution were currently unrealistic. He told that if he was not secretary-general of the party, he would have attacked Herzog “10 times as hard” as MK Shelly Yacimovich earlier – and less politely. “What is this unnecessary, dangerous and delusional statement?” asks Bar. From her part Yacimovich criticizes Herzog for abandoning diplomacy with the Palestinians.

From my perspective a new framework is needed, even if some apparent negotiations start the outcome probably will be a placebo to status quo.  Before Herzog’s plan I referred two new leftist initiatives in my article Constructive Unilateralism: Leftist Approach to Israel-Palestine Conflict  – ‘it’s in our hands’ by Omer Bar-Lev, an MK for the Zionist Union and ‘Constructive unilateralism’ by Blue White Future, leftist think tank – which both in my opinion are steps forward and also to the right direction as well including required new roadmap for better future. A quote from Omer Bar-Lev, an MK for the Zionist Union. He concludes:

If Israel wants to be a democratic state, which it does, then it has to either grant them full citizenship rights, which will subsequently destroy Zionism (one state for two nations) or separate from the Palestinians (two states for two nations). In that case, Israel can keep the Zionist spirit. Then, it is for the Palestinians to decide to create their Palestinian State, which is in their interests and they will make their own decisions.

If peace negotiations don’t start, they fail again or regional solutions can’t be realized this time so from my viewpoint Israel could independently implement what I have called a ‘Cold Peace Solution’, a minimal level of peace relations, where Israel would annex main settlements from West-bank inside the security fence and return to negotiations about other than so solved border issue when both parties feel need to make a long term deal. This solution in my opinion is the best way forward and it even might be possible to implement. If unilateral solutions are made in the framework of constructive unilateralism so this approach might be the right roadmap towards more permanent two-state solution. Not so bad option compared status quo anyway from my perspective.  ( More in Analysis: Resolving The Israeli-Palestinian Conflict )

This entry was posted on Tuesday, January 26th, 2016 at 11:29 pm and is filed under Conflicts. You can follow any responses to this entry through the RSS 2.0 feed. Both comments and pings are currently closed.