Sanctions Against Russia Are Accelerating De-dollarization

Russia appears to have adopted a full-scale invasion approach to Ukraine.  All of those forces around Ukraine as well air units located further north would seek to defeat Ukraine militarily; attacking from Russia, Belarus and Crimea and with separatist forces. In response, the US, NATO and EU have united their actions against Russia by giving some military aid and especially implementing economic sanctions. In the beginning of March it seems that Russia will defeat Ukraine militarily but the US and EU will defeat Russia economically.  The outcome seems to be polarization of the world both militarily and economically.

As the ruble has gone down, when there is some measures to limit Moscow’s use of a US$640 billion war chest and when Russians are queuing at ATMs trying to get their money out, one might think that the game is over. In my opinion economic war is only intensifying.  As the US and EU are developing their block Russia is not left alone either – e.g. China, India and Brazil have not participated in sanctions.

In the year 2014 I published an article ¥uan and Waterloo of Petro$  where I predicted following:

As the Americans and their allies are trying to squeeze Russia and Iran with a combination of economic sanctions and political isolation, alternative poles of power are emerging that soon may present a serious challenge to the U.S.-dominated world that emerged from the end of the Cold War…The Ukraine War might be the U.S. Dollar Waterloo event.

Russia has pulled the trigger on a “de-dollarization” plan half a decade ago. For decades, virtually all oil and natural gas around the world has been bought and sold for U.S. dollars. This has been a massive advantage for the U.S. economy.  As part of the plan mentioned e.g. Gazprom, has signed agreements with some of their biggest customers to switch payments for natural gas from US dollars to euros. If other nations start following suit – start trading a lot of oil and natural gas for currencies other than the US$ – that will be a massive blow for the petrodollar, and it could end up dramatically changing the global economic landscape.

As Russia annexed Crimea 2014 “de-dollarization” plan started.  A quotation from my article mentioned above:

China just overtook the US as the world’s largest economy. The US national debt is now past €17 trillion. China – their biggest creditor – has been cutting on US debt holdings and hoarding gold on the side to be prepared for the possible collapse of the dollar. “Over the last few weeks there has been a significant interest in the market from large Russian corporations to start using various products in renminbi and other Asian currencies, and to set up accounts in Asian locations,” Pavel Teplukhin, head of Deutsche Bank in Russia, told the Financial Times [2014], The renminbi is the official currency of the People’s Republic of China. literally means “people’s currency”. The yuan is the basic unit of the renminbi, but is also used to refer to the Chinese currency generally, especially in international contexts.

Moving the yuan towards internationalisation involves three distinct phases: turning the Chinese currency into a) a trading currency, b) an investment currency, and c) a reserve currency.

In 2017, SPFS, a Russian equivalent of the SWIFT financial transfer system, was developed by the Central Bank of Russia. The system has been in development since 2014, after the United States government threatened to disconnect Russia from the SWIFT system. Lukoil, a state-owned company, has announced that it will find a replacement for the dollar. Since 2011, China is gradually shifting from trade in US dollar and in favor of Chinese yuan. It made agreements with Australia, Russia, Japan, Brazil, and Iran to trade in national currencies. In 2015, China launched CIPS, a payment system which offers clearing and settlement services for its participants in cross-border Renminbi payments and trade as an alternative to SWIFT.

One part of Western sanctions, due Ukraine, is freezing assets of Russian oligarchs.  However, the situation hits also to Western business life.  Spot shortages in aluminum, copper, steel, precious metals, and rare earths are likely to appear in the months ahead and conflict in Ukraine will exacerbate supply shortfalls. Russia has been switching out Federal Reserve Notes for gold since 2014.  Now  the Bank of Russia holds more of its foreign reserves in gold (23%) than in dollars (22%). It’s likely that also some Western investors will de-dollarize their property by  replacing paper assets with physical precious metals.

Bypassing the US dollar system is a spear-head of Russia’s counter-offensive. Besides monetary war the emergencing cooperation on different pro-Russian fields and energy policy are linked to ongoing geopolitical turmoil.The wider picture includes the Sino-Russian cooperation, the BRICS, the SCO, the EAEU, the energy war and other bilateral operations. 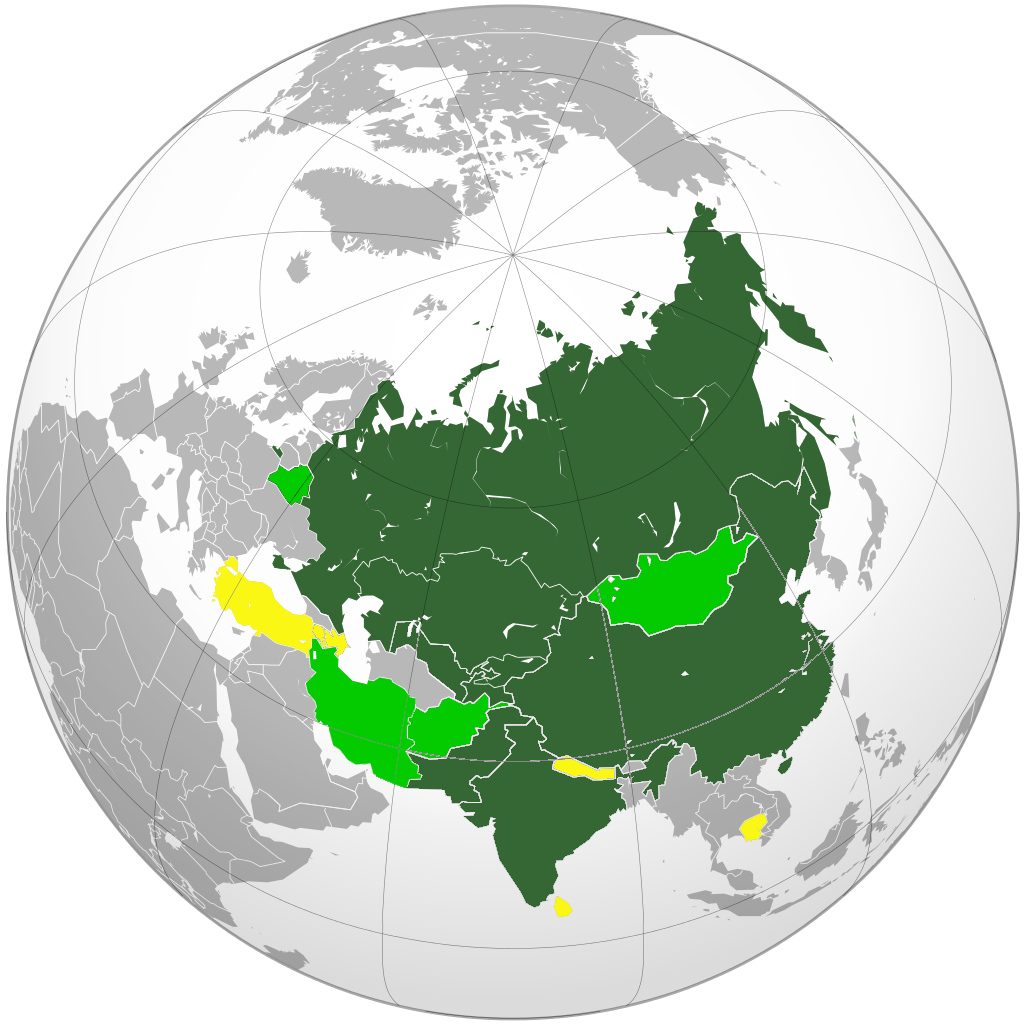 The Shanghai Cooperation Organization (SCO) is the cradle in which the Russian-Chinese strategic partnership (RCSP) was born and raised. Originally founded as the Shanghai Five in 1996, it was reformed as the SCO in 2001 with the inclusion of Uzbekistan. Less than a month after the BRICS’ declaration of independence from the current strictures of world finance, the SCO—which includes China, Russia, Kazakhstan, Kyrgyzstan, Tajikistan, and Uzbekistan—approved India, Pakistan, Iran, and Mongolia for membership in the organization. Also SCO has received applications for the status of observers from Armenia, Azerbaijan, Bangladesh, Belarus, Nepal and Sri Lanka.  The United States applied for observer status in the SCO, but was rejected in 2005.

The Eurasian Economic Union (EAEU) is an economic union of post-Soviet states located in Eastern Europe, Western Asia and Central Asia. The Treaty on the Eurasian Economic Union was signed on 29 May 2014 by the leaders of Belarus, Kazakhstan, and Russia, and now also  Armenia, Kyrgyzstan are full members and  Cuba, Moldova and Uzbekistan observers.

As SCO and EAEU are Eurasian organizations, the BRICS also includes South-America and Africa.  Since 2009/2010 five major emerging economies: Brazil, Russia, India, China, and South Africa have cooperated with common forum.  BRICS covers about 26.7% of the world land surface and 41.5% of the world population.

BRICS grouping is not a real formal alliance; there are economic, territorial, and political disputes among the five governments.  Bilateral relations among BRICS states are mainly based on mutual benefit.  E.g. in case of sanctions both Brazil and India are very dependent on Russian fertilizers while China needs gas and raw-materials from Russia. One could also mention that after Crimea annexation Russia and India made 20 deals in 24 hours (on 11th Dec. 2014) given $100 billion-worth boost to their economies (More in  Russia’s Strategic Shift To East Continues: Now India). It can be that these countries are also ready to conquer the “sanction vacuum”. 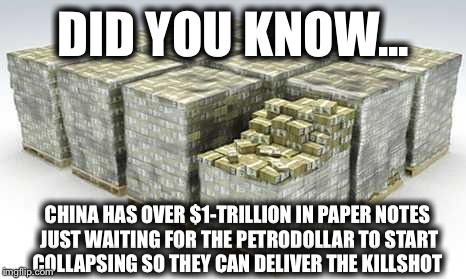 With China signing the natural gas etc.  deals with Russia and the president of China publicly stating that it’s time to create a new security model for the Asian nations that includes Russia and Iran, it seems to me that during the last decade there is going to be a coalition of new axis with Eurasia and China.  Russia and China are leading the development of developing a network of “parallel structures” to existing international organizations and institutions. The end goal is to create an alternative reality for international engagement, so that China can expand its own influence while escaping the restrictions of the current US dominated system.

Sure China has huge economic interests in US – as their biggest creditor so it remains to see if China is now ready to set Eurasian networks and parallel structures in motion, is China now ready to challenge US in  the South China Sea and in case of Taiwan.  So far Ukraine conflict has created best possibilities for Eurasian actions.

Russia’s strategic shift to East during last decade in my opinion is a strong symptom that alternative poles of power are emerging. Today China-Russia axis is almost impossible to defeat militarily, quite impregnable to sanctions and serious economic destabilization. If China so decides, the impact will be a drastic shift from US dominance to more balanced juxtaposition of US and Eurasia.

This entry was posted on Friday, March 4th, 2022 at 10:15 pm and is filed under Conflicts. You can follow any responses to this entry through the RSS 2.0 feed. Both comments and pings are currently closed.